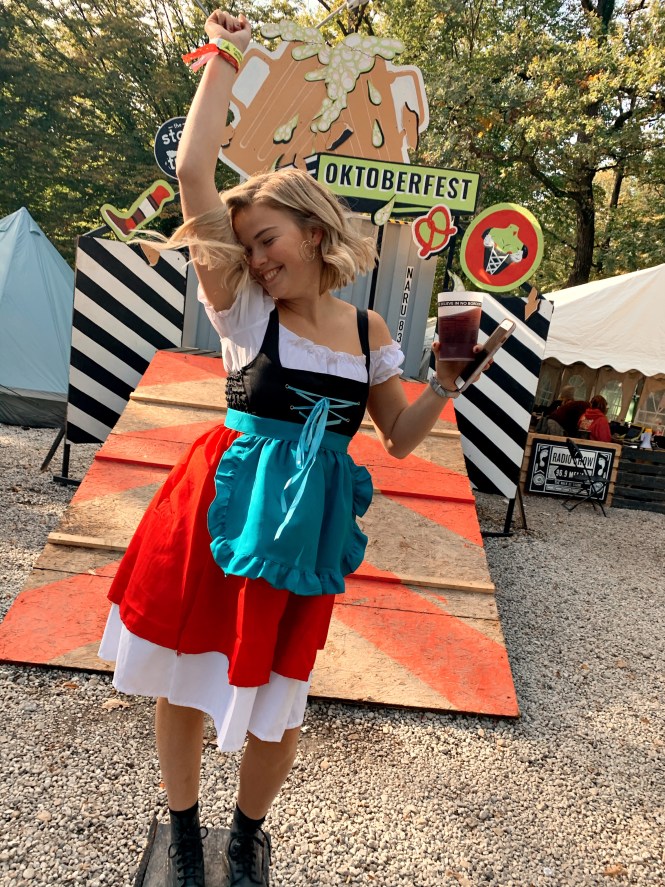 Hi friends! If you’ve been following, you know getting to Oktoberfest was a dang journey. BUT, it was totally worth it!! After a successful train ride, flight, bus ride, another train, and tram, I finally arrived to Munich Friday night. As my phone was at 1% and I was a few blocks from the Air Bnb, I miraculously ran into Traci and Lea on the street. Things were finally starting to look up!;) Our Air Bnb was a private room in someone’s apartment in downtown Munich. We were a little hesitant to do that, but the host got great reviews and it was significantly cheaper than any other options so we went ahead and booked it. It turned out to be a success. Our host was extremely nice and we felt totally safe, plus the apartment was in a central location within walking distance to Oktoberfest. Here is the link if anyone is considering going next year. For Oktoberfest, we had booked tickets with a company called Stoke Travel, which offered free breakfast/dinner and unlimited drinks. We assumed they had a tent at Oktoberfest, so after walking around for about 30 minutes looking for their tent, we found out they were actually a campsite.We Ubered out there and loaded up on some drinks and made a bunch of friends. It wasn’t very crowded during the day, but apparently people camp there and its a huge afterparty at night. After a bit, we had rounded up a group of Americans, New Zealanders, and Europeans to head back to Oktoberfest with us. Sometimes when I’m here I have these moments that I wish I could just freeze because I feel so free and like I will never be this young and carefree again. Running through a field outside of Munich to catch the bus with all these strangers I had just met in our dirndls was one of those times. 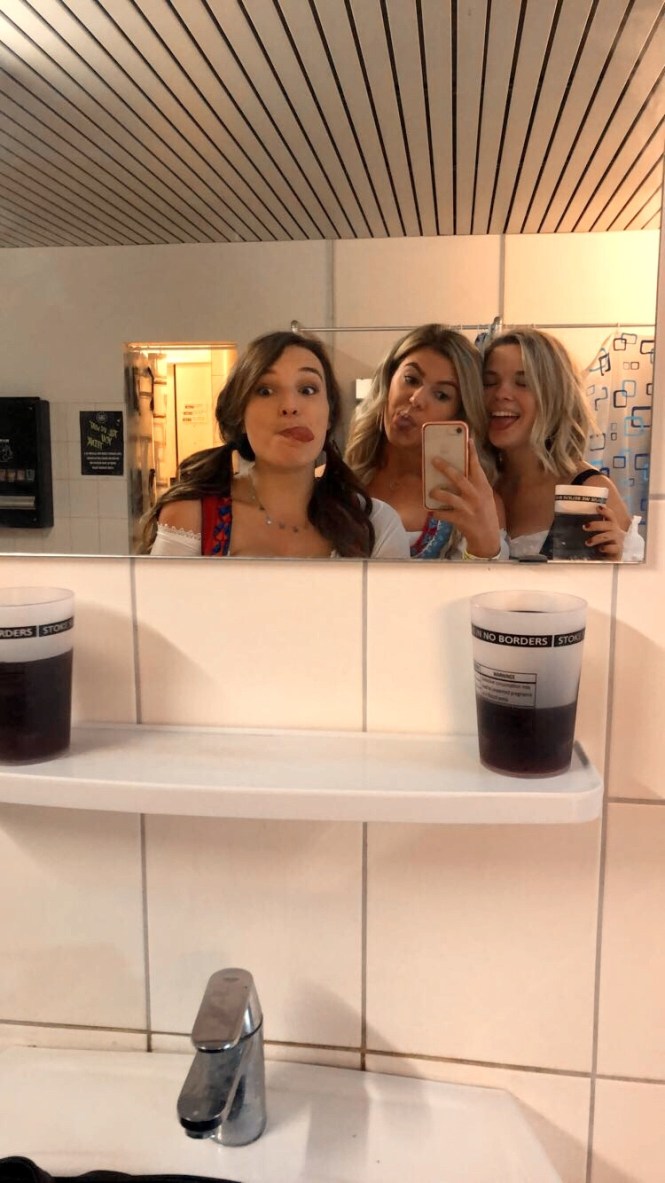 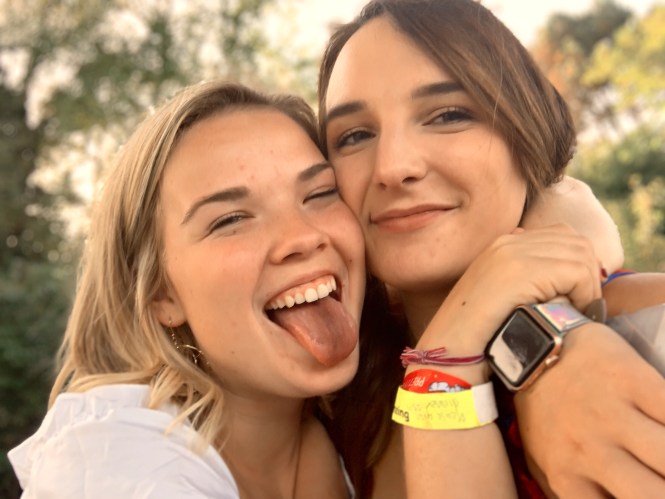 We went to Oktoberfest on Saturday, and Traci described it as “the baddest county fair ever” (mom, bad means good in this context). It is a huge party with all kinds of street vendors and food trucks selling pretzels and beer, there were carnival rides, and big beer tents where the party really happens. Getting into the tents is no easy task. Apparently you can get reservations months in advance to get a table, but if you were unprepared like us you have to wait in these massive lines to get in. As we were waiting, some random guy came up and promised to skeet us in the back for ten euros each. We were pretty skeptical but also impatient so we decided to follow him and somehow he pulled through. The inside of the tent was crazy. Waitresses are walking by with these long boards of food and pitchers of beer, people are standing on the tables dancing, everyone is wearing a dirndl, and there was a band playing classic rock (didn’t expect that). Singing Sweet Caroline with thousands of people in this tent is something I will never forget. 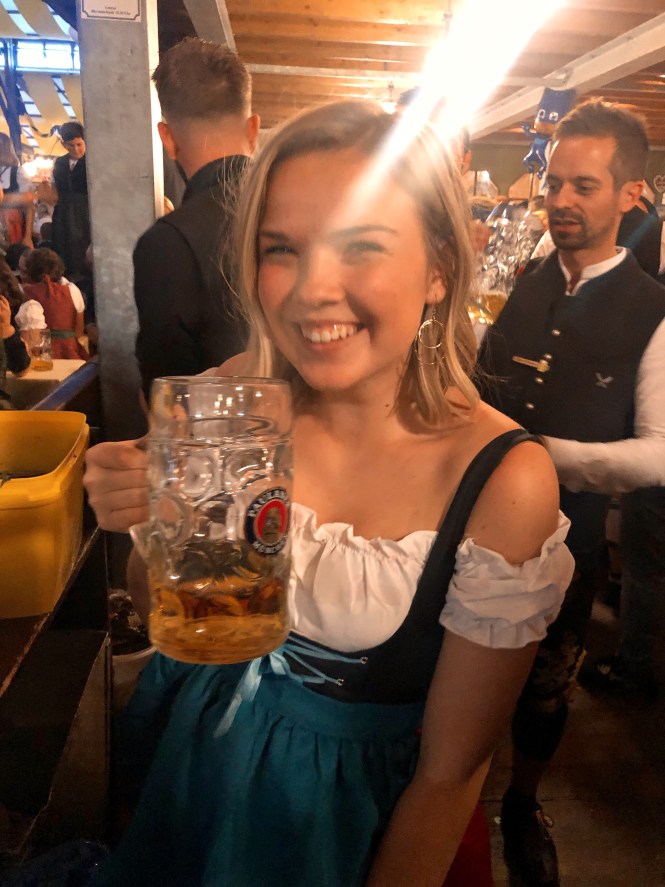 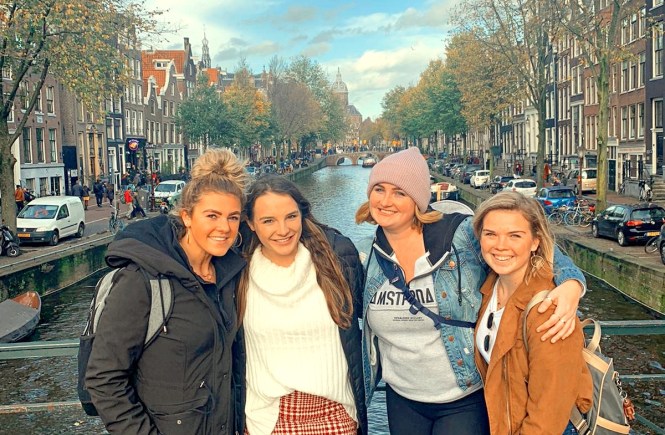 Bringing 15 Pairs of Shoes Across the Pond: My Packing Hacks and First Few Days in London